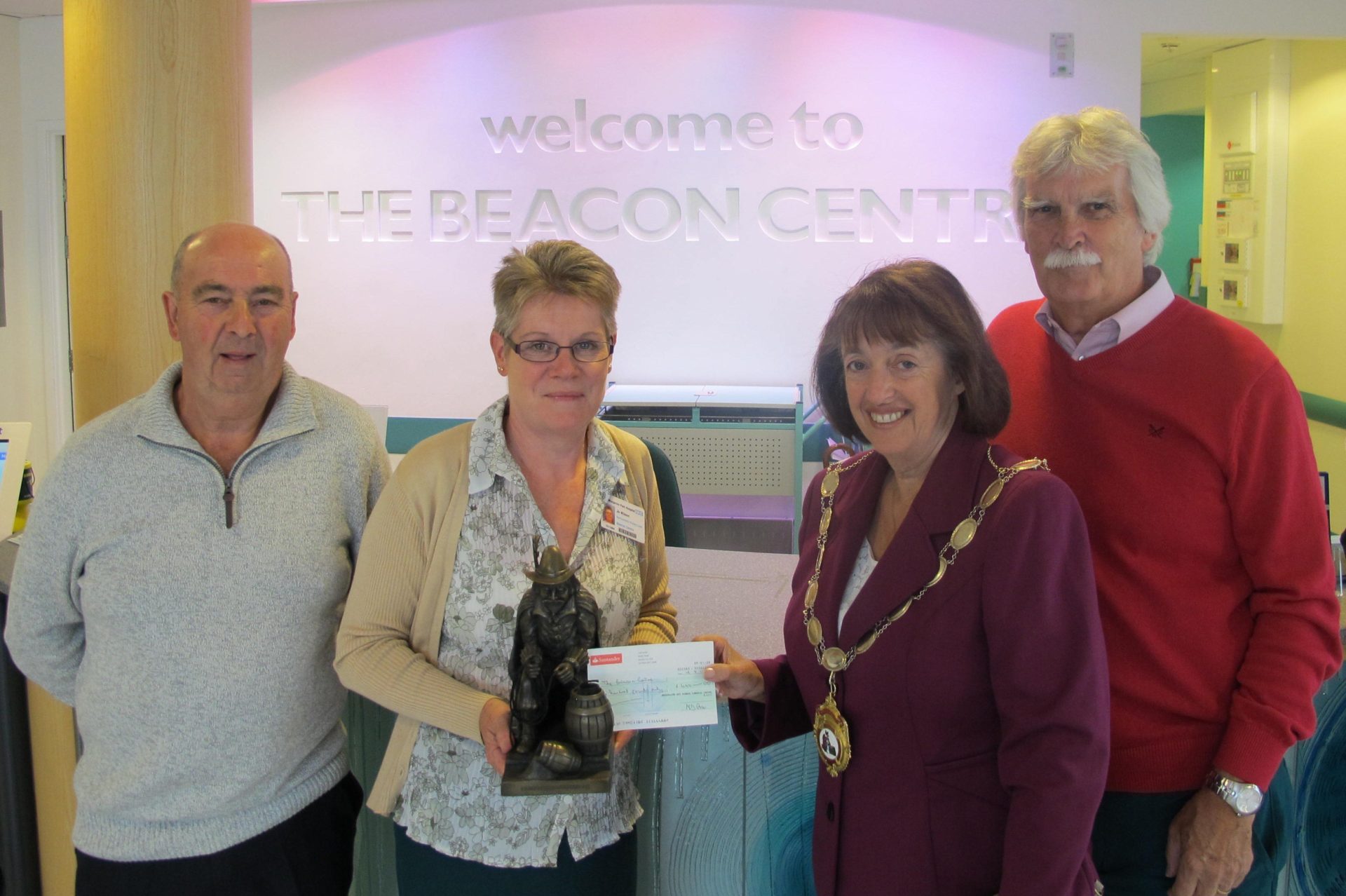 Bridgwater Guy Fawkes Carnival Committee has given a popular charity a fundraising boost after handing over a £600 cheque to The Beacon Centre.

The money was raised following the commissioning and launch of an elegant carnival statuette in October 2012 by the carnival committee, when it was decided £20 from every one sold would be donated to the Musgrove Park Hospital based charity, Taunton.

Rita Jones, president of Bridgwater Guy Fawkes Carnival Committee, said: “It was Dave’s idea of making a donation to The Beacon Centre for every statuette sold, in loving memory of his wife Sue who tragically passed away.

“The charity does an enormous amount of work for people in and around the local area, and on behalf of everybody associated with Bridgwater Carnival, it gives me great pleasure in presenting this cheque to such a well deserving charity.”