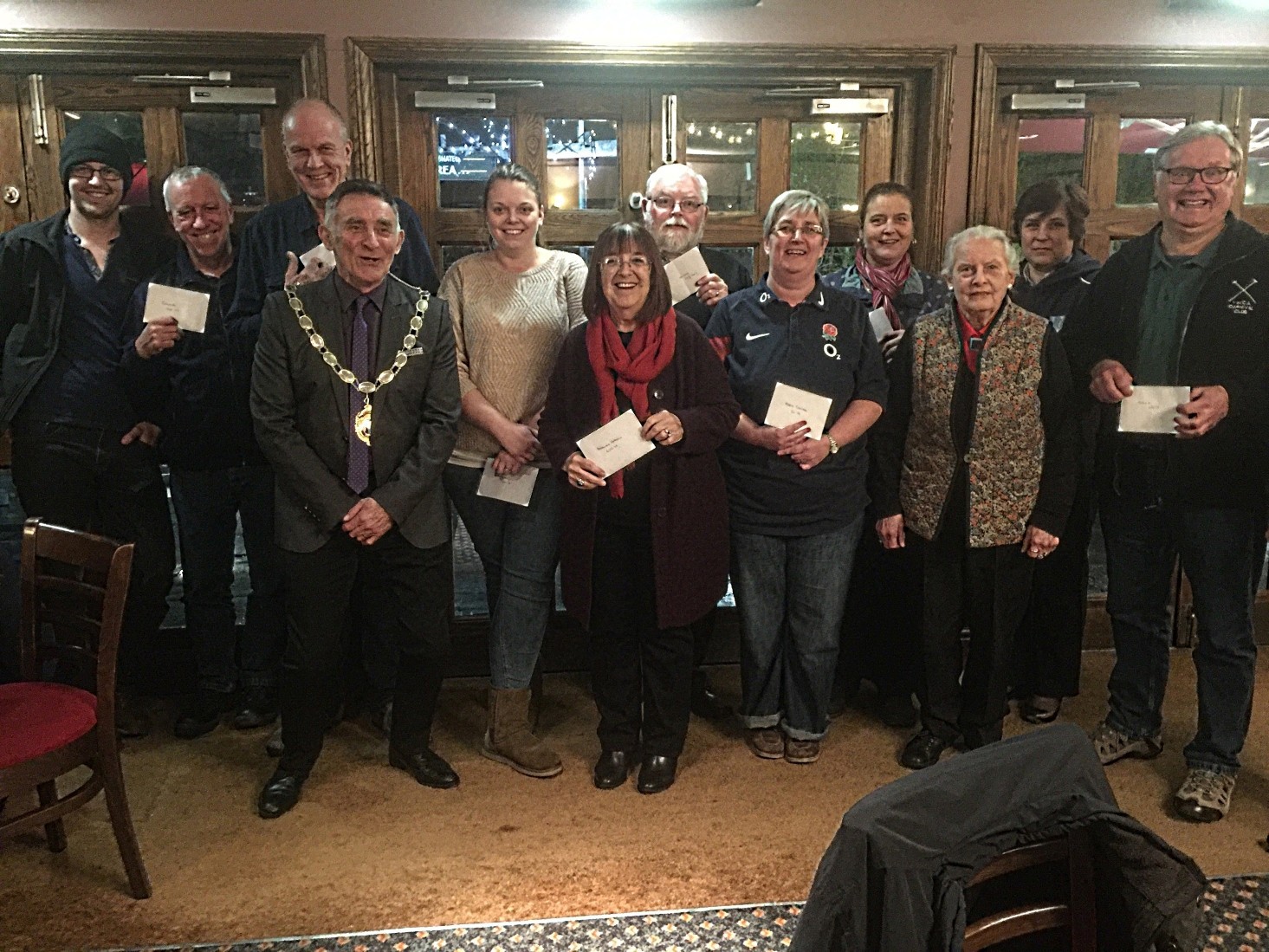 During the run up to Christmas 2016, Bridgwater Guy Fawkes Carnival Committee helped to raise over £5,900 for local charities and organisations by taking a themed carnival cart around the supermarkets and streets of Bridgwater and Sedgemoor.

Arranged by a group of carnival committee members, the cart’s Christmas tour consisted of 21 appearances, including visits to Bridgwater Town Centre, North Petherton, Durleigh, Rhode Lane, Chilton Trinity, Chilton Street, Wembdon, Parkway, Woolavington, Westonzoyland, Kingsdown, Morrisons, ASDA and Moto. Accompanying the festive cart were collectors from the relevant charities and organisations, and Christmas music helped spectators and shoppers get into the party mood. Father Christmas also appeared on the cart and was kept busy talking and handing out sweets to excited children.

Malcolm Cattle, president of Bridgwater Guy Fawkes Carnival, presented cheques to representatives from the charities and groups by at a specially arranged ceremony at The Carnival Inn (JD Wetherspoon) on Monday 6 February 2017.

“Once again the response from the Bridgwater and Sedgemoor public was overwhelming,” said Mark Robson, vice president for Bridgwater Guy Fawkes Carnival. “This is a great way to raise money, and on behalf of Bridgwater Guy Fawkes Carnival Committee and the charities concerned, I would like to thank the organising team and the fundraisers for their efforts, and the staff at The Carnival Inn for their kind hospitality.”

Over the last eight years, Bridgwater Guy Fawkes Carnival Committee has raised over £38,000 for local charities and causes through its carnival Christmas cart activities.