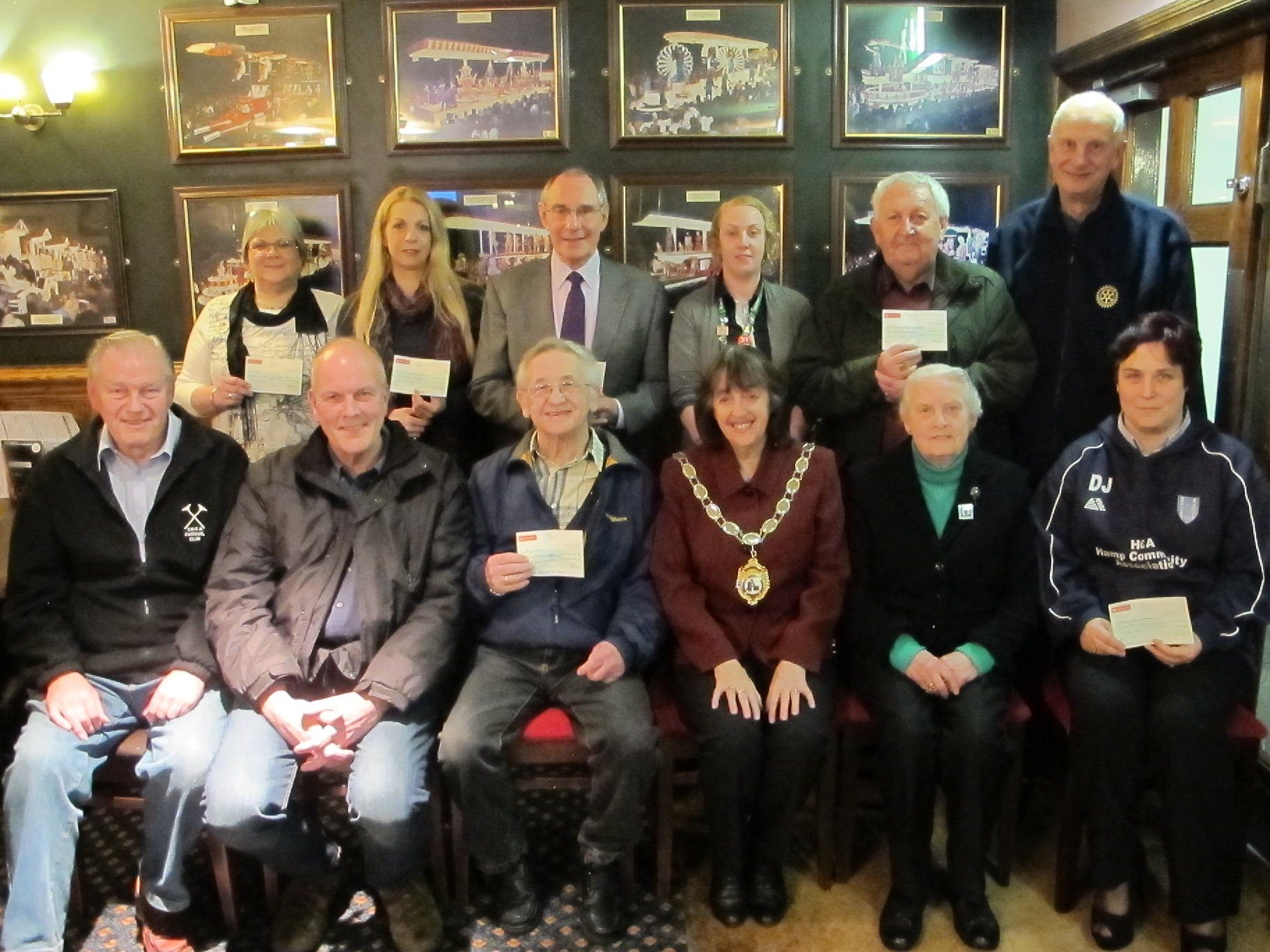 During the run up to Christmas 2014, Bridgwater Guy Fawkes Carnival Committee helped to raise over £4,000for local charities and organisations by taking a themed carnival cart around the supermarkets and streets of Bridgwater and Sedgemoor.

Rita Jones, president for Bridgwater Guy Fawkes Carnival, said: “Once again the response from the Bridgwater and Sedgemoor public was overwhelming. It is so rewarding to do something like this, especially when you see the faces of children light up when they see Father Christmas, and I do hope that everybody involved with the fun enjoyed themselves.

“This is a great way to raise money, and on behalf of Bridgwater Guy Fawkes Carnival Committee and the charities concerned, I would like to thank the organising team and the fundraisers for their efforts.”

Over the last six years, Bridgwater Guy Fawkes Carnival Committee has raised over £26,000 for local charities and causes through its carnival Christmas cart activities.