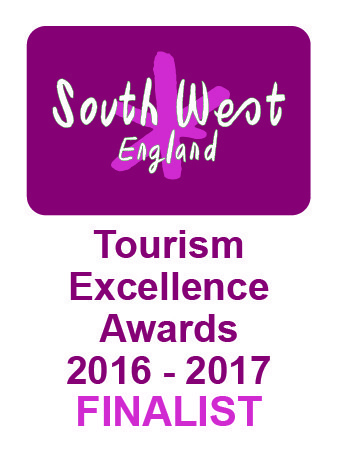 Bridgwater Guy Fawkes Carnival has beaten off strong competition and has been announced as one of the winners in the Tourism Event and Festival of the Year category of the 2016/17 South West England Tourism Excellence Awards.

The award winning carnival, which has the reputation for being one of the largest illuminated processions in Europe, has already won two tourism awards in the past 12 months after taking the gold awards at both the 2015/16 South West Tourism Excellence Awards and at the 2016/17 Bristol, Bath, and Somerset Tourism Awards.

A total of 602 entries were received from the Cornwall, Devon, Somerset, Dorset, Wiltshire, Bath, Bristol and Gloucestershire areas for the prestigious 2016/17 South West England Tourism Excellence Awards, and the shortlisted finalists will attend a special ceremony at Ashton Gate, Bristol, on Thursday 2 February where gold, silver and bronze awards will be announced and presented.

Malcolm Cattle, president of Bridgwater Guy Fawkes Carnival, was delighted with the news and said: “Once again this award demonstrates just how much impact Bridgwater Carnival and the Somerset Carnivals has on the South West and to tourism in the area, and I would like to say a big thank you to the carnival committee, the entrants and to the spectators for making this award possible. It’s great to see Bridgwater Carnival going from strength to strength.”

Councillor Gill Slocombe, from Sedgemoor District Council, added: “As the district’s carnival representative on the carnival committee, I am immensely proud of everything the carnival has achieved.  This is the most fantastic accomplishment for the carnival clubs who build these amazing carts, the helpers, committee and all the families who all support and produce this spectacular show each year, without each other it just could not happen.  Our carnival gives a real boost to tourism and it is so wonderful that at last the carnival is getting the recognition it so deserves.”

Robin Barker, Director of Services for Tourism Ltd, who manages the awards, commented: “Tourism is one of biggest and fastest growing industries in the world and is at the heart of the South West economy.  Recent research has proved that investing in tourism reaps a greater economic return than virtually every other industry, not to mention contributing to the unique assets and quality of life of this fantastic region.  I pay tribute to all of this year’s finalists for being ‘beacons’ for the region and demonstrating just what tourism can do.”