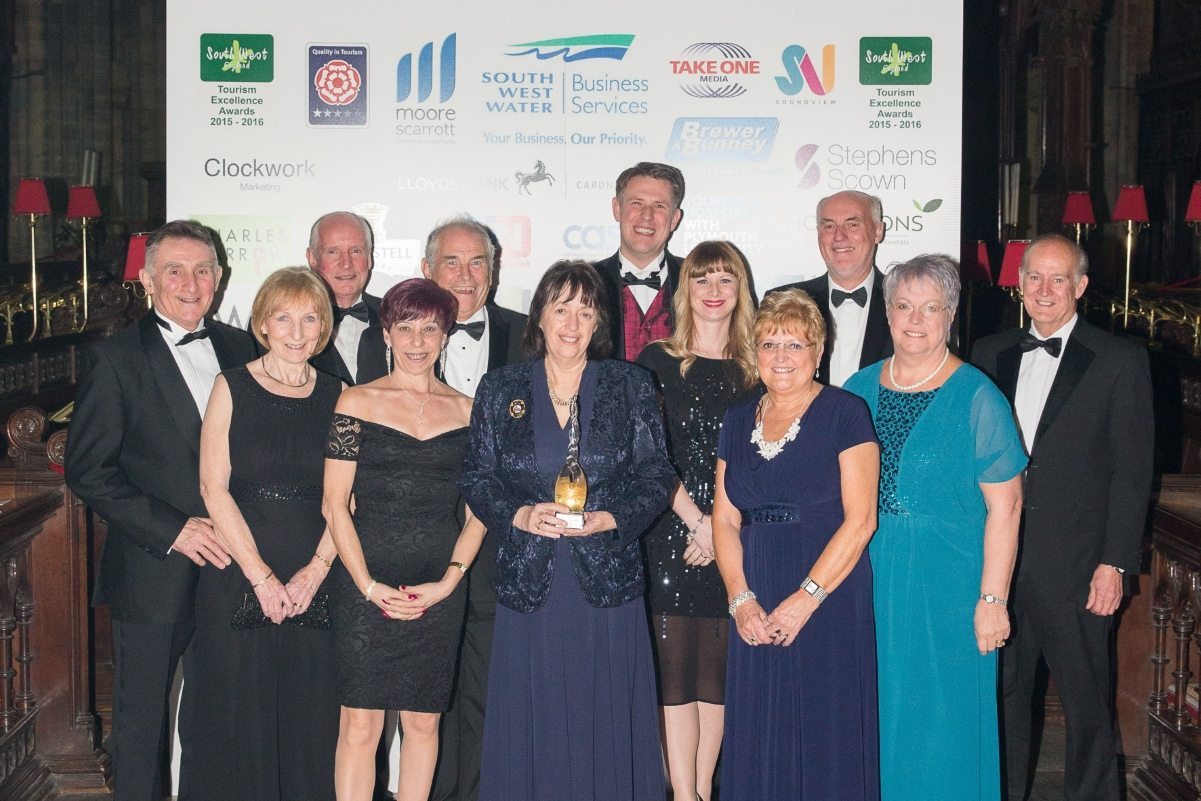 The carnival, which has the reputation for being one of the largest illuminated processions in Europe, beat off strong competition to win the coveted gold award in the Tourism Event of the Year category.

This was the first time Bridgwater Carnival had entered the prestigious awards which attracted 490 entries from Cornwall, Devon, Somerset, Dorset, Wiltshire, Bath, Bristol and Gloucestershire areas into the 19 different categories. This year’s event was hosted by ITV news presenters Kylie Pentelow and Ian Axton, and was opened by travel journalist and chair of Family Holiday Association, Alison Rice.

Rita Jones, president of Bridgwater Guy Fawkes Carnival, was delighted with the award and said: “It was an absolutely brilliant evening, and we were so very surprised and proud when it was announced we had won the gold award. This well-deserved accolade is for everybody who is involved with Bridgwater Carnival – the carnival clubs and entrants, the carnival committee, the helpers and supporters, and the spectators who come to the carnival year after year. Hopefully this recognition from tourism industry specialists will help us to spread the Bridgwater Carnival word to an even wider audience.”

Councillor Gill Slocombe, Sedgemoor District Council’s representative on the carnival committee, added: “I felt so elated and proud for all carnivalites who all put so much into bringing the most amazing show each year to Bridgwater and Sedgemoor.  It was a great night and I am delighted that Bridgwater Carnival has been recognised for its contribution towards tourism, not only within Sedgemoor but across the South West”