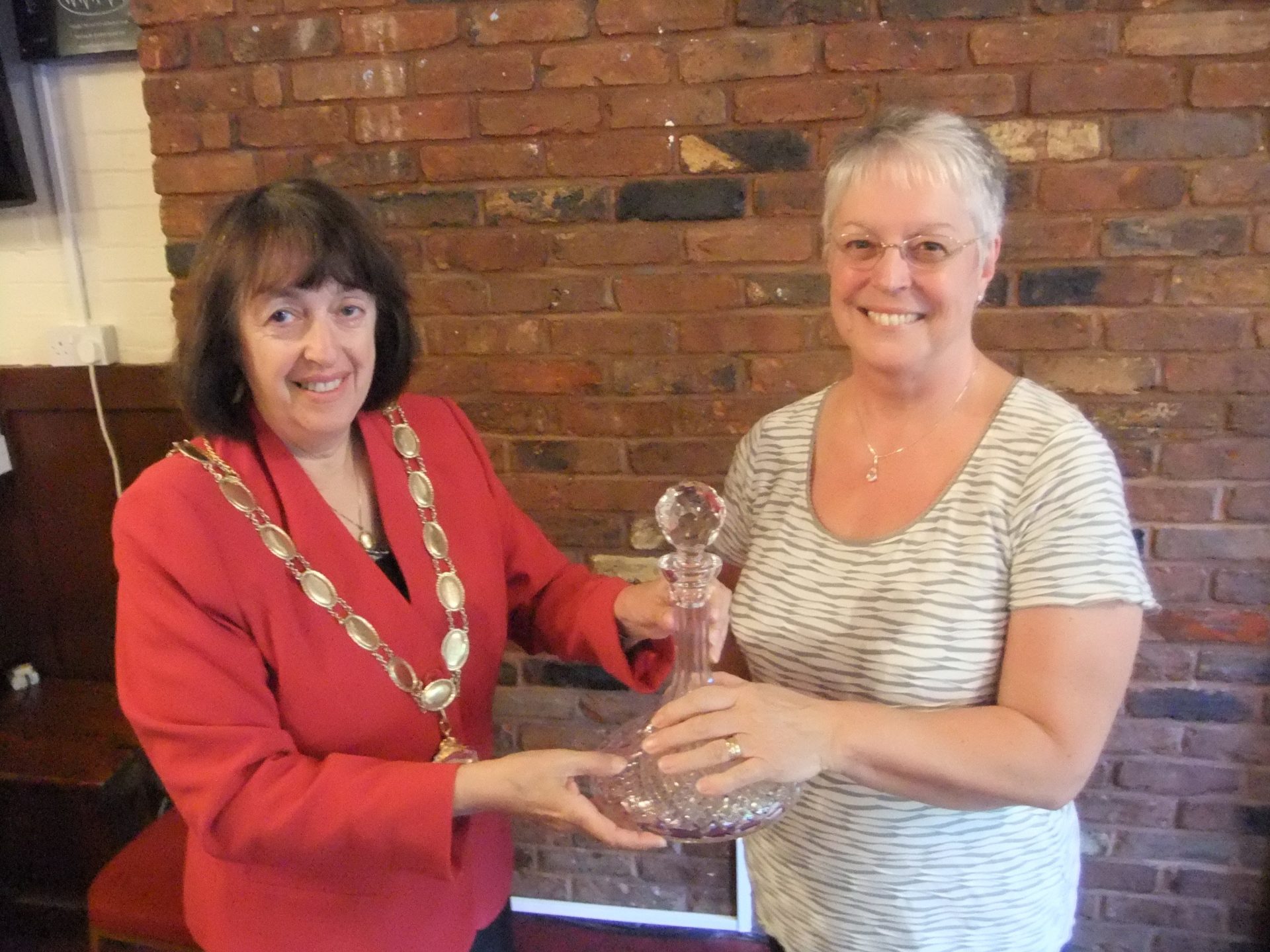 A Bridgwater carnivalite has been elected as a life member of Bridgwater Guy Fawkes Carnival Committee.

Janet Croker, who has been involved with the town’s carnival committee for nearly 20 years, was nominated for the accolade after spending most of 2013 loading over 2,500 photographs and film clips onto Bridgwater Carnival’s new official website.

“I feel extremely proud to be given this prestigious accolade and I would like to take this opportunity to thank everybody who has helped and supported me over the years,” said Janet who was born in Bridgwater and is married to fellow life member, Dave, who is currently the treasurer of the carnival committee. “Carnival has given me some fantastic memories over the years, and I really admire the dedication, enthusiasm and effort of the committee and carnival clubs who continue to work tirelessly all year around.”

Janet joined the carnival committee in 1996, and took up her first official role as catering officer in the same year. She fulfilled this role for 10 years, before taking on the responsibility for the Bridgwater Carnival souvenirs, and in 2009 she took on the position of commercial officer. Since stepping down from this role in 2012, Janet has continued to manage Bridgwater Carnival’s official souvenir range, and she coordinates and despatches in excess of 1,000 items every year. For the last 13 years she has played a major role in helping to assemble the results on carnival night, and she has also been instrumental with the arrangements of the planning, filming and selling of the Bridgwater Carnival souvenir DVD / video for the past 15 years. She was made a vice president of the carnival committee in 2002.

Rita Jones, the president of Bridgwater Guy Fawkes Carnival Committee, paid tribute to Janet and said:”Janet has made a significant contribution to Bridgwater Carnival over the last 18 years, and I would like to congratulate her on receiving life membership of the carnival committee. It is well deserved recognition for everything she has done for Bridgwater Carnival.”

⭐️ CARNIVAL CENTRE ⭐️ Our Bridgwater Carnival Centre is generally open weekdays from 9am-1pm subject to volunteer availability. If you are making a special trip please call first to check we are open 01278 428220. Find us on the High Street next door to Bridgwater Town Hall 😃 https://t.co/8VYZpeEE3E
h J R
@BCarnival